Posted at 16:48h in Food History by Staff Writter

“It’s a quarter to three,

there’s no one in the place ‘cept you and me

I got a little story I think you should know”

After the losing dice were tossed, a high roller sitting ringside (by the stage) and sipping a drink on the house could emphasize with the vocals of Frank Sinatra through the darkness of the Copa Room in the Sands Hotel.

Frankie Bones Was Inspired By The Greats of Old

At Frankie Bones, we have captured that 1960s Rat Pack atmosphere in all its glory. So, just like Frank, we have a little story to tell that we think you should know.

Today’s Las Vegas isn’t what it originally was. A big hint to that change is its very name which translates from Spanish into (irony of ironies) The Meadows. We all know that no one goes to Vegas to see artesian wells surrounded by grasslands, well at least not since the early 20th century.

What Is The Rat Pack To Frankie Bones

Elvis Presley sang “Viva Las Vegas” and married Priscilla at the Aladdin; Howard Hughes bought up hotels like out of towners bought costume jewelry; and Evel Knival crashed during his famous jump over the syncopated fountains at Caesars Palace.

Although Las Vegas was already on showbiz maps all over the country, the year 1960 vaulted the Rat Pack and Las Vegas into the spotlight as the “Entertainment Capital of the World.” They all became legends and were the best entertainment American audiences had seen or heard in the post World War II era.

Lets Not Forget About The Women

The Rat Pack Actually Started As A Drinking Club In Hollywood

As the story goes, at one particularly loud and carousing night of drinking and partying, Bacall walked in to see Bogart and friends enjoying themselves a bit too much. She stopped and said to them, “You look like a pack of rats.” The name stuck. 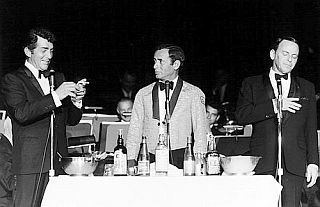 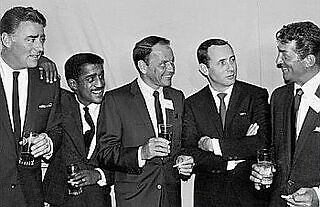 But, Why The Rat Pack?

As you can see, the original Holmby Hills Rat Pack was a much larger club and it was coed. Following Bogart’s death (stroke) in 1957, Sinatra took over as head of a new Rat Pack.

But Frank didn’t like the name “Rat Pack.” So he changed the name to the Clan, until Sammy Davis, Jr. said he didn’t like that term (for obvious reasons). Sensitive to ethnic slurs, Sinatra named them “The Summit.” But to all paparazzi and outsiders, they remained the Rat Pack, even though privately Sinatra hated the name.

Sinatra championed underdogs and the civil rights movement from the beginning of his career. He was shaped by the prejudices of growing up as an Italian American. He won a special Academy Award for the 1945 film The House I Live In, a 10 minute documentary in which he speaks of ethnic peace to a racially divisive street gang.

The Pack members as individuals entertained up and down the Strip: Sinatra at the Desert Inn, Davis at the Last Frontier, Dean Martin and Jerry Lewis at the Flamingo. Once these contracts expired, the stars moved to the Sands.

With its soaring entrance and wood paneled casino, the Sands seemed posh and elegant compared to the other Strip hotels. Softer lighting and very private gambling rooms drew high rollers like a moth to the hotel’s neon lights.

In January 1960, Sinatra, the designated leader of the Rat Pack, started filming the original Ocean’s Eleven movie. Joining him were Martin, Davis, Peter Lawford (married to Patricia Kennedy, John F. Kennedy’s sister), and comedian Joey Bishop who played the straight man to the antics of the others.

While filming in 1960, the Rat Pack members did two shows in the Copa Room each evening and then spent the night partying. No one knew when the film might wrap, but one of the Pack usually didn’t show up until between 3:00 and 6:00 pm.

The original Ocean’s Eleven was a fun, sparkling, caper movie on how to steal millions from casinos. In 2001, Steven Soderbergh and George Clooney teamed up to remake the casino heist movie, Ocean’s Eleven, which was followed by Ocean’s Twelve, in 2004, and Ocean’s Thirteen, in 2007, and the spin-off, Ocean’s Eight, in 2018. They are all in glorious color and include a little more verve and tech than the original.

The Rule Of Cool

A night would begin innocently enough as Frank, Dean, or Sammy would start entertaining on stage alone, then one or another would join the fun. Soon, Joey Bishop might introduce Dean, joining the others in the song and the schtick. From working in twos and threes they became the Rat Pack. Signs at the Sands would announce: Tonight – Dean Martin, maybe Frank, maybe Sammy.

The appeal of watching Frank, “Dino,” and Sammy smoking cigarettes, drinking Scotch and bouncing silly lines off each other may be lost on current and future generations, but those old enough to remember will tell you that the Rat Pack was the measuring stick by which “cool” was measured. They personified the Vegas vibe of escaping a routine life to stay up all night with no shortage of things to do at 3:00 am: the restaurants were open, the lounges were jumping, and there was always room for one more at the blackjack table.

Enthusiastic tourists spread the word and the Rat Pack at the Sands drew worldwide attention. The gossip columnists wrote rave reviews after gobbling up the press releases from Sands publicist, Al Freeman.

Senator John F. Kennedy, though not a member of the Rat Pack, enjoyed hanging out with the boys when he came to Vegas. Sinatra, always keen to cultivate friendships with the powerful (ahem), took to calling his crew the “Jack Pack” when the Senator was among them. On February 7, 1960, before becoming president, Kennedy came to Las Vegas just as the entire Rat Pack began an astonishing gig at the Sands.

Chairman of the Board Sinatra was onstage when his mother Dolly, a Democratic operative in Hoboken, New Jersey (Sinatra’s birthplace), introduced JFK sitting ringside. Sinatra cut a song “High Hopes” as a campaign song for Kennedy’s 1960 presidential bid. 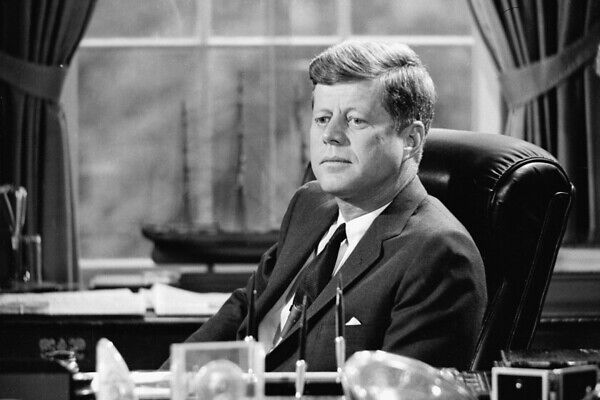 The Rat Pack grabbed the spotlight at the Sands and a generation swooned to their antics. When the Pack cut through the Sands (or any other casino or hotel for that matter) they lit up the place. The “others” always followed Frank’s lead.

As one newspaper columnist gushed, “I’ve never seen anyone else create so much excitement as Frank Sinatra did when he walked into a room. Everybody who was everybody went to see Frank….he walks into the room and it’s likely Mickey Mantle hit a home run to win a World Series.”

For The Fun Of It

The Rat Pack, at their zenith, had power and money, but most of all, they had fun. And while the power and money weren’t necessarily contagious to most people, the fun definitely was. The America of the Rat Pack learned how to swing, how to break sound barriers and ethnic barriers, and it brought an electricity to entertainment that arguably has never been equaled.

And Joe, I know you’re getting anxious to close….

Thank you Frank with props to Harold Arlen and Johnny Mercer for the lyrics to “One for My Baby.” Join us at Frankie Bones for wonderful food and our celebratory Rat Pack spirit.